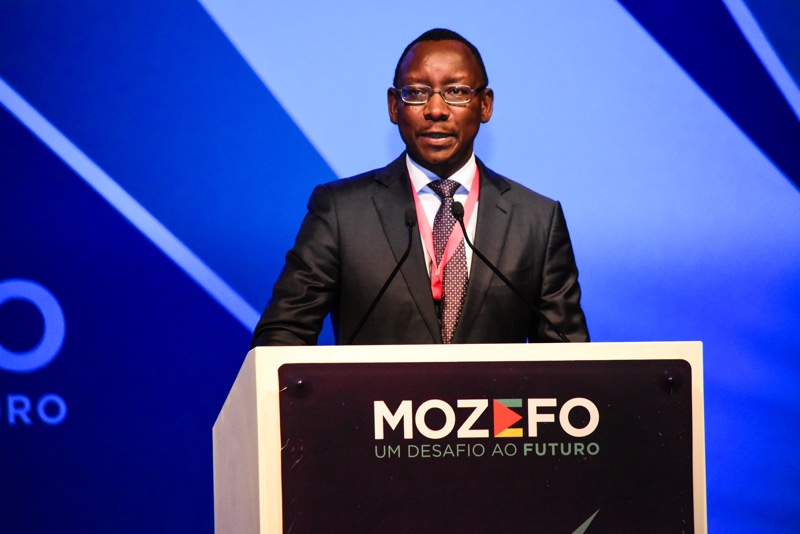 MOZEFO – Mozambique Economic and Social Forum was created in 2014 by the SOICO Group and today is also supported by the SOICO Foundation – FUNDASO. Its objectives are to build a platform that fosters the alignment of public and private decision-makers in identifying the main challenges faced by Mozambique in its development process. It aims is to propose plans of action resulting from the debate and agreement on identified challenges and to monitor the impact of these plans, establishing regular monitoring and interaction points and ensuring the continuity of the ideas generated from the different editions of the MOZEFO forums.

MOZEFO is a driving force for growth and development in Mozambique, serving as a platform for understanding and seeking endogenous, inclusive and sustainable solutions.

The first edition of MOZEFO included a preparatory cycle of five thematic conferences on different key sectors for the country’s growth, ending with the celebration of the Great MOZEFO Forum in Mozambique, under the motto: “The Future Is Now. Humanizing Growth”, which took place in Maputo in December 2015. The MOZEFO 2015 Forum was attended by former Presidents Joaquim Chissano and Thabo M’beki, former Prime Minister Luísa Diogo, Social Activist Graça Machel, and the then presidential candidate of the Portuguese Republic, and current President Marcelo Rebelo de Sousa, among other prominent personalities from the economic, social, health and education areas.

The next edition will take place in November 2019 under the theme “Mozambique and the Future: Pathways Towards Sustainable Development – Transforming Today’s Resources into Tomorrow’s Wealth “ 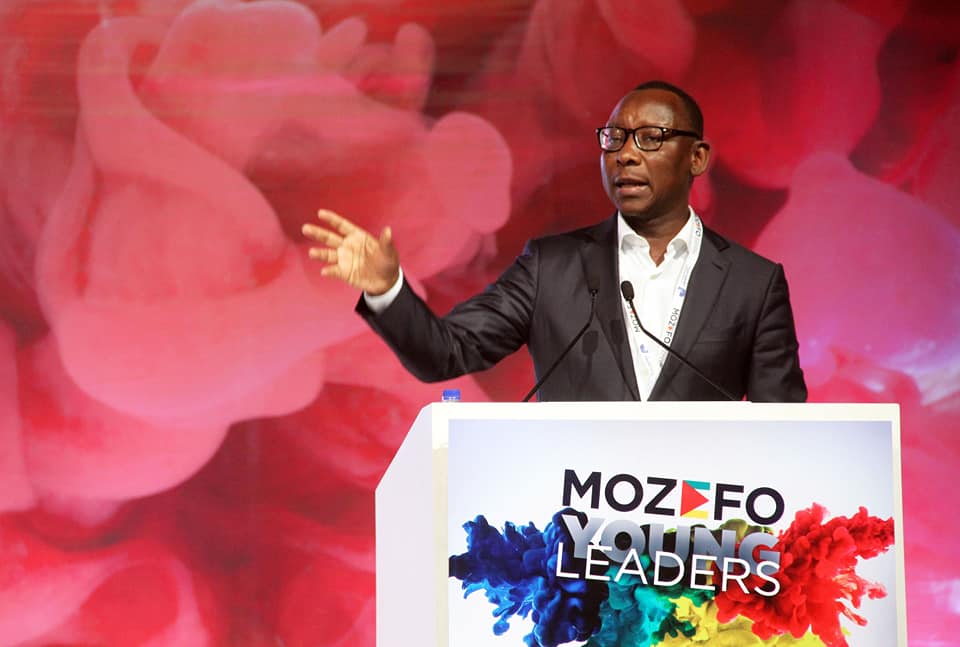 MOZEFO Young Leaders – MYL is an initiative of the Mozambican Economic and Social Forum – MOZEFO which aims to create an open space for debate dedicated to young Mozambicans, seeking to promote knowledge-sharing and contributing to the training and development of their leadership capacities. The initiative also promotes discussions around issues related to economic development that most concern young Mozambicans, stimulating their civic participation in society.

MOZEFO Young Leaders is an initiative open to all young Mozambicans. The first edition of the event was held in parallel to the Forum MOZEFO 2017, consisting of a set of masterclasses with the main speakers of the Forum MOZEFO, where they shared their experiences on leadership for the economic and social development of nations.

The second edition of MOZEFO Young Leaders was held at the Joaquim Chissano Conference Center in Maputo city in November 2018 and had 16 plenary sessions, six parallel sessions, six foreign speakers and the highest membership of all MOZEFOs.

The next edition of MOZEFO Young Leaders will be held in 2020. 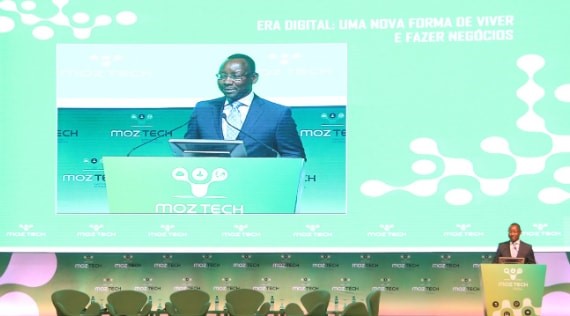 MozTech is the largest information technology fair in Mozambique created with the idea of contributing to the development and transformation of the country, putting technology to work for the people.

Its objectives are to foster technological culture as a pillar for economic growth and development in Mozambique, creating a platform for debate, interaction and exchange of experiences between different sectors of society while providing public and private institutions with a space for networking and the identification of business opportunities.

The first four editions brought to Maputo the latest technological trends, helping to stimulate the debate in order to reach a broad consensus on the technological options for the country.

MozTech believes that by sharing experiences among large international technology companies, local entrepreneurs and public authorities, it is possible to establish a strong network capable of creating new business opportunities and contributing to Mozambique’s technological transformation. 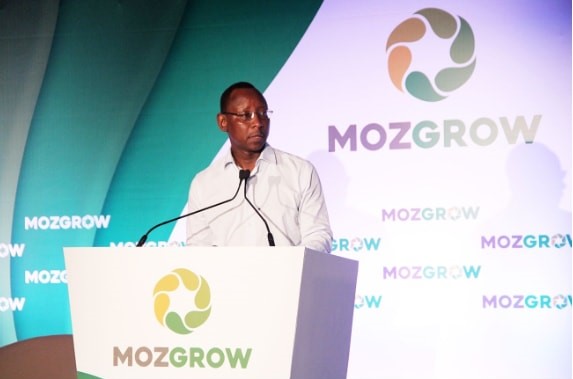 MOZGROW is an agribusiness platform (agriculture, livestock, aquaculture and forestry) that brings together all the stakeholders from the production, industrial and commercial chain (from the land to the table) in order to promote sustainable investment and socio-economic development in Mozambique. It is an initiative of the SOICO Foundation (FUNDASO) along with other partners: the Confederation of Economic Associations of Mozambique (CTA), the BCI and BNI banks and Austrian Cooperation.

Its main objectives are to disseminate the potential and opportunities for investment in the agribusiness sector in Mozambique, to discuss and propose solutions to the challenges faced by the sector, to boost the value chains for the increase of production, productivity and employment and to encourage the processing of primary products as a way of stimulating production and productivity.

MOZGROW has four different formats: the MOZGROW EXHIBITIONS whose aim is to become the largest Agro-Food Fair in Mozambique; MOZGROW CONFERENCES, multi-panel thematic conferences taking place simultaneously with the MOZGROW EXHIBITIONS, inviting national and international speakers to share their experiences; MOZGROW ACTION, which consists of content production showing good practices, examples of success and innovative ideas in the agribusiness sector; and MOZGROW AWARDS that recognize the best of the Mozambican value chain in the agro-food sector through awards and distinctions. 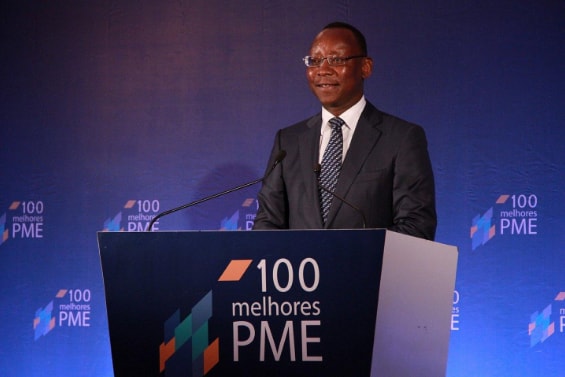 The 100 Best SME Award is an initiative of SOICO Group, in partnership with the Ministry of Industry and Commerce, through the Institute for Promotion of Small and Medium-sized Enterprises (IPEME).

All micro, small and medium-sized enterprises legally constituted in Mozambique can participate and the prize aims to publicly recognize good business practices, promote the development of the Mozambican business community and elect the 100 best SMEs in Mozambique.

Its fundamental mission is to encourage excellence, believing and betting on the fundamental role micro, small and medium-sized enterprises play in Mozambican society.

The SOICO Group, recognizing its social responsibility through its own media, created in 2006 a social program that aimed to reach broad social sectors, generating a positive and proactive attitude in response to the country’s current and future challenges.

The SOICO Foundation – FUNDASO was created based on this experience and the dream of the shareholders of the SOICO Group to dedicate part of their resources to the socioeconomic development of Mozambique.

FUNDASO aims to develop transformational projects with a lasting impact on the lives of Mozambicans, focusing heavily on sustainability. It bases its activities on two key premises: the development of actions with high social impact; and the sustainability of its projects. These are the premises that govern the work of FUNDASO, which intends to leave a legacy for the people of Mozambique.

FUNDASO is also betting on the development of activities revolving around four areas of action, under the belief that they cover the bases for the full socioeconomic development of society: Citizenship and Education; Health and Wellbeing; Environment and Natural Resources; and Research and Innovation.

View biography Daniel David is a distinguished media businessman in Mozambique. He is the CEO & Chairman of DHD Holding (a business group that develops its activities in various business areas, such as Real Estate, Technology and events production) and SOICO Group (the largest private media group in the country) and is one of the main voices of the region advocating for sustainable development, economic growth, innovation and the use of technology for the digital transformation of Africa.